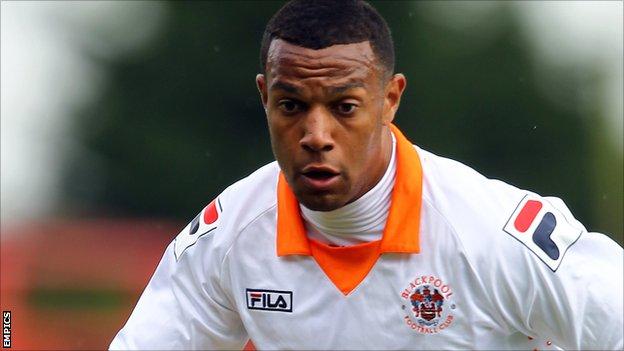 Blackpool boss Ian Holloway says Matt Phillips will be staying at the club, despite handing in a transfer request.

Holloway, who had claimed an unnamed club had made an illegal approach for the winger, also revealed Southampton had made a £5m bid for the 21-year-old.

The former Wycombe wideman was not in the squad for

"The lad is very disappointed and very stubborn. He didn't feel he could play," said Holloway.

"He was in my line-up until he told me that. [Tiago] Gomes came in and set up the first so that's the way it goes."

Phillips was one of the stars of Blackpool's run to the Championship play-off final last season, featuring 47 times.

"I just want to keep the players I have here now," added Holloway.

"What we do we do together. We had a meeting about the Matt Phillips situation on Friday.

"The situation was so public I couldn't lie to my players and tell them otherwise. He has handed in a transfer request but that means nothing.

"They [Southampton] have offered £5m but we don't need the money. So what can they do? The player is on a contract and he's signed it."