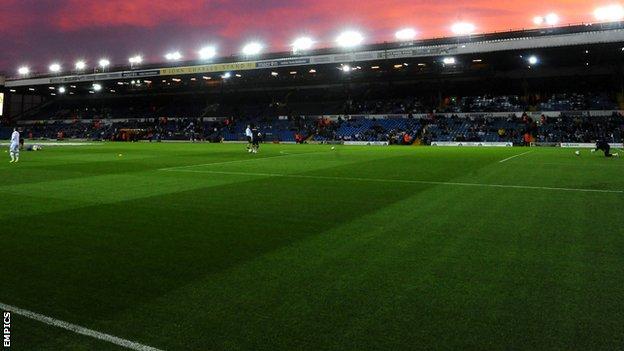 Leeds United Supporters' Trust believe the deal to buy the club, which seemed to have collapsed on Thursday, is now back on.

The club issued a statement to say the potential buyers' period of exclusivity was over and they were open to new bids, but LUST chairman Gary Cooper believes there has been a turnaround.

"We understand there has been a change of position," he told BBC Sport.

"The deal is being discussed and they are looking to sort certain terms."

Cooper added: "This was a done deal some time ago and the issue is with the club, so at present it is delicately poised.

"We don't know what that sticking point is but we can only assume there was something that Ken Bates (Leeds United chairman) was not happy with.

"The buyers remain very keen and they are acting in the manner of a group wanting to get a deal done rather than wanting to pull out because of the time it is taking to sort."

It was initially revealed at the end of May that talks had opened between the Elland Road club and potential investors, believed to be from the Middle East, before the group was then allowed to start carrying out due diligence on 26 June.

Leeds United finished 14th in the Championship last season and start their new campaign at home to Shrewsbury Town in the Capital One Cup on Saturday.