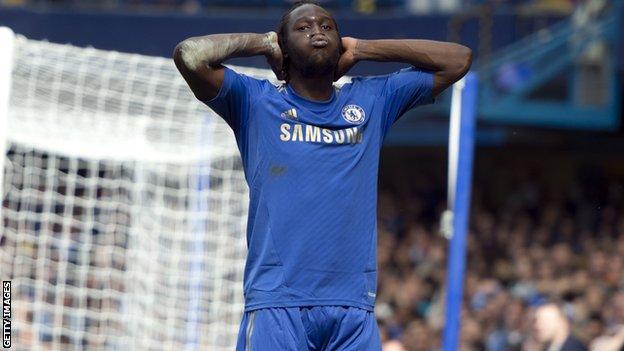 Lukaku, 19, had been strongly linked with a move to Fulham but the Belgium international has agreed to move to the Baggies.

With the calibre of strikers Chelsea have got, he's found it difficult to break into the first team at Stamford Bridge

The former Anderlecht player becomes manager Steve Clarke's fifth signing since being appointed head coach at the Hawthorns in June.

Chelsea signed Lukaku from Anderlecht in August 2011 for a reported £20m.

But the teenager has made just 12 senior appearances for Chelsea, and only one Premier League start.

"With the calibre of strikers Chelsea have got, he's found it difficult to break into the first team at Stamford Bridge," added Clarke.

"But he's had a season working at a top Premier League club and he now needs more minutes on the pitch.

"We're more than happy for Romelu to continue his development with us.

"I am sure he will be a big help to the squad over the course of the season."

Keeper Ben Foster joined West Brom on a permanent basis from Birmingham in June after a season-long loan.