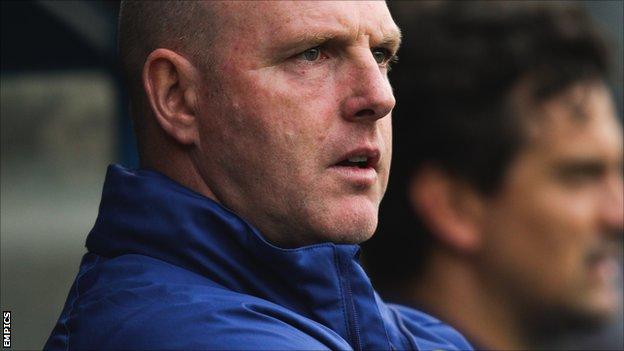 A late own-goal from Jason Lowe saw Blackburn held to a draw in their first game back in the Championship.

Steve Kean's side took the lead in the first half with a headed goal from debutant Colin Kazim-Richards.

Ipswich pressed more as the half wore on, but Kazim-Richards came close to doubling the lead after the break.

A win for Rovers would have provided Kean with the perfect response to comments from Rovers' global advisor Shebby Singh, who recently stated that three straight defeats at the start of the season would see Kean lose his job.

Morten Gamst Pedersen, a target of criticism from Singh, who likened the Norwegian to a "pensioner", played a big part in the opening goal.

The 30-year-old's corner to the far post was nodded back by Scott Dann for Kazim-Richards to score Rovers' first goal in the second tier following 11 seasons in the Premier League.

Former England international Robinson was the busier of the two keepers in the first half, but early in the second former Sheffield United, Fenerbahce and Galatasaray striker Kazim-Richards saw a shot fly over the bar.

Robinson denied Josh Carson with a flying save on 55 minutes, and Ipswich manager Paul Jewell made changes as the hosts sought an equaliser.

And it was one of those replacements, Scotland, who made the decisive contribution when he elected to cross rather than shoot following loose defending from Rovers and Lowe turned the ball into his own net.

"The least we deserved was a draw - not because we were brilliant on the ball but because of our endeavour.

"There weren't too many negatives and at the end of the game we finished the stronger.

"We said at half-time that we won't be lacking for fitness because we've got a young, athletic team. I didn't think we'd wilt but it really was hot out there."

"We feel we've got a really good, competitive squad and that we're good enough to bounce back at the first attempt.

"This is the first point on the board at a difficult venue, so I've got to be pleased.

"Ipswich are well organised and not too many teams will come here and get three points, so I must give them credit because I thought they were excellent."