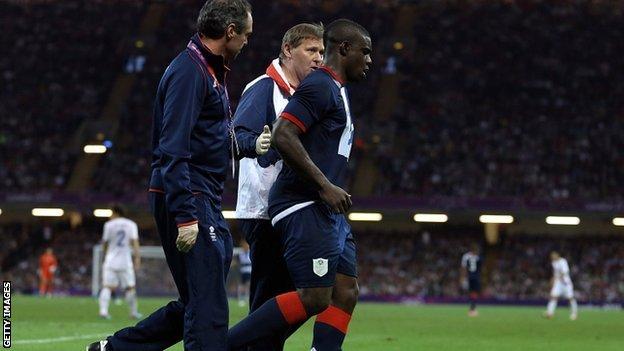 Micah Richards could be out for a month with an ankle injury, according to Manchester City boss Roberto Mancini.

The defender, 24, had the setback playing for Britain in the Olympics quarter-final defeat by South Korea.

Mancini said: "We thought it was a small injury but instead he will be out for longer. He has a big problem maybe, and it may be one month out."

Goalkeeper Joe Hart also has a back problem which forced him to miss City's 3-2 Community Shield win over Chelsea.

The injury has also seen hart pull out of England's friendly against Italy in Wednesday.

But Mancini added: "Joe had a problem yesterday [on Saturday] with his back but I don't think it is serious."

Manchester City begin the defence of their Premier League title next Sunday against Southampton at Etihad Stadium.