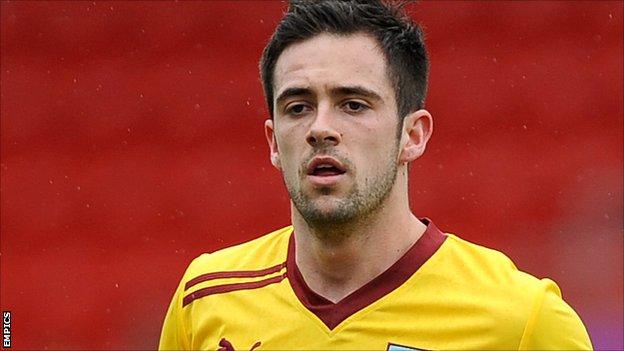 Burnley striker Danny Ings will be out of action for up to six months with another serious knee injury.

Ings, 20, tore his knee cartilage in a pre-season friendly at Rochdale on 7 August and requires surgery.

It is a fresh setback for Ings, who was out for six months last season after damaging his other knee, days after joining the Clarets from Bournemouth.

"It's unfortunate that Danny requires an operation and we really feel for him," said Burnley manager Eddie Howe.

"He had been looking in fantastic shape in pre-season and was a big part of our plans for the start of the season," he told the club website.

"But we will give him all the time and support necessary to get over this latest setback and he will still have a major role to play for us as the season goes on."

Ings did not make his debut for Burnley until February because of injury and scored three times in 15 Championship appearances following his return.