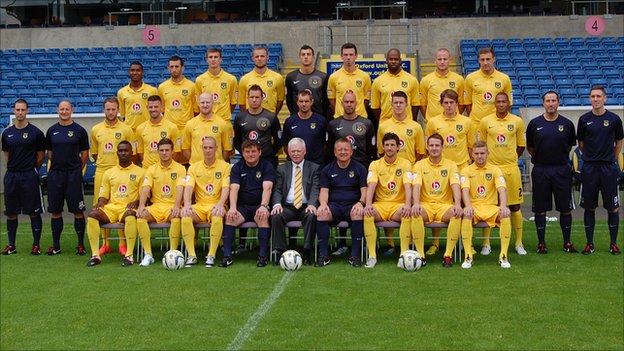 With the new season set to kick off, BBC Oxford brings you everything you need to know about the Oxford United squad.

They finished ninth last season in League Two but with plenty of fresh faces arriving this summer, they look better equipped for a promotion chase this time around. 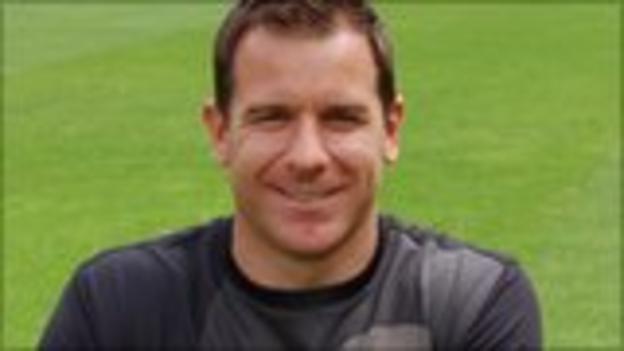 Since signing from Northwich Victoria in June 2009, Clarke, 30, has become something of a fans' favourite at the Kassam Stadium. He has won an end-of-season award in each of the three seasons he has been at the club, winning the Players' Player of the Year award last season after making several important penalty saves. Clarke has made over 100 appearances for the club and had not missed a minute of first team football for two seasons until picking up an injury late last term. 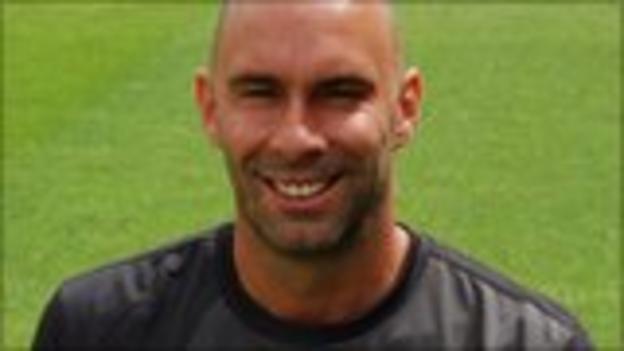 Brown, 35, joined Oxford last summer after being released by South African side Supersport United. The veteran keeper has also had spells with Bury, Hereford and most notably Chester, where he made 240 league appearances. He only played twice for United last season, replacing the injured Ryan Clarke before picking up an injury himself. This season, Brown will be combining his playing duties with a coaching role. 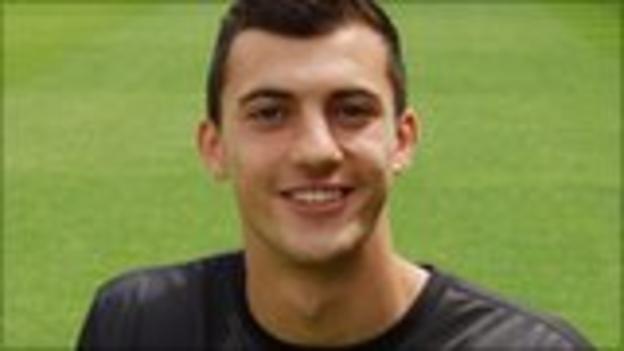 Crocombe, 20, signed professional terms with United at the end of last season after impressing in the youth team. New Zealand-born Crocombe has had spells at MK Dons, Luton Town and Buckingham Town before joining Oxford's youth system. He has not yet made any first-team appearances for Oxford and will be third-choice behind Clarke and Brown, but spent a brief spell at Banbury United last season. 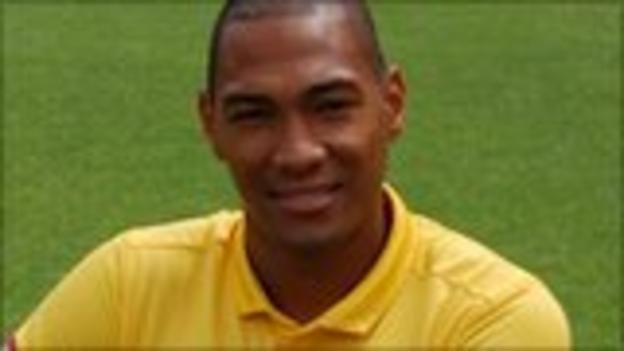 Batt, 27, had already featured for Dagenham and Redbridge, Barnet, St Albans, Stevenage and Grays Athletic before he was signed by Chris Wilder in January 2009. The attacking full-back has become an important member of Oxford's squad, with over 100 appearances to his name, and was named in the PFA League Two team of the season in 2010-11. 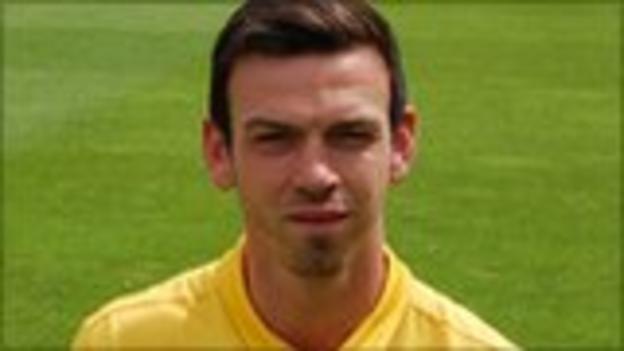 Raynes, 24, arrived at Oxford in July 2012 after a year at Rotherham. He began his career at Stockport, where he made his professional debut aged 17 and signed for Championship side Scunthorpe for an undisclosed fee in 2010 after six years with the Hatters. He signed for Rotherham in August 2011 and made 36 appearances for them last season in all competitions. 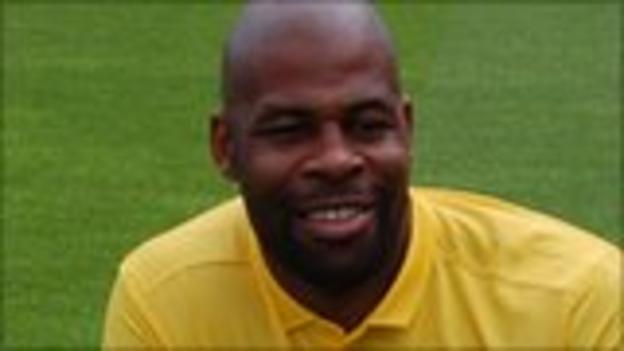 Duberry, 35, is an accomplished centre-back who signed for the U's from Scottish Premier League side St Johnstone in June 2011. The experienced defender has an impressive pedigree, starting his career in the Premier League at Chelsea before joining Leeds United in July 1999 for a fee of £4.5m. Duberry became a commanding figure in the United defence, making 37 appearances last season, though he will miss start of this season through injury. 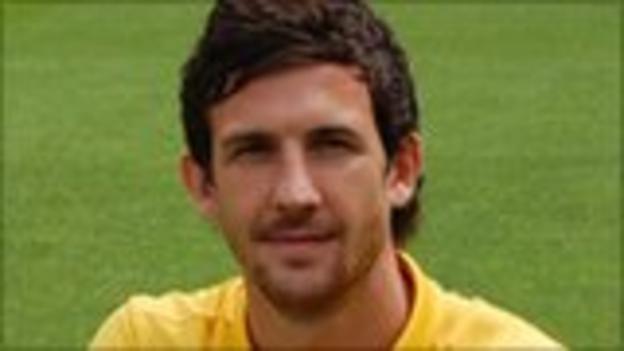 Wright, 26, signed for Oxford permanently from Brighton & Hove Albion in June 2010 following a successful loan spell during the second half of the 2009-10 season. After an impressive first full season at the club Wright was rewarded with the captain's armband for the 2011-12 season and underlined his importance to the squad by making a further 47 appearances in all competitions. 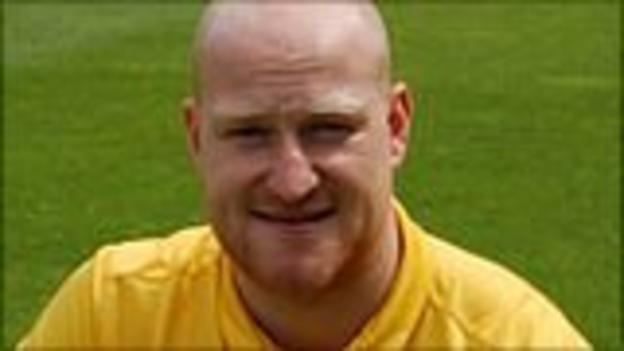 Whing, 27, was signed from Leyton Orient before the start of the 2011-12 season, initially as a defender. However, after a slow start Whing eventually established his place in the side as a battling defensive midfielder. As an integral part of the Oxford side, Whing made 45 appearances last season and was also voted Supporters' Player of the Year at the end-of-season awards. 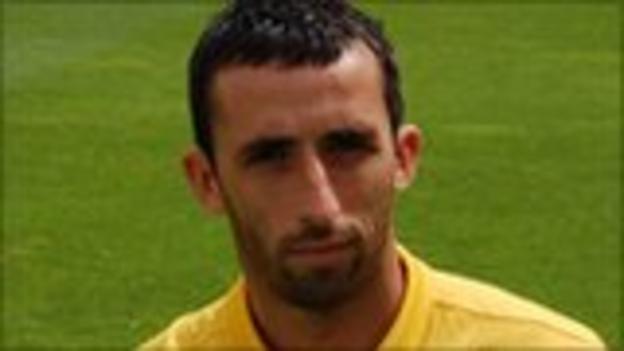 Capaldi, 30, started his career at the Birmingham City academy and has also had spells with Hereford, Cardiff City, Leeds United and Morecambe. While at Cardiff he appeared in the 2008 FA Cup final, and has also represented Northern Ireland at senior level, featuring in the side that beat England 1-0 in September 2005. After signing in May 2011 from Morecambe, Capaldi was limited to just a single Oxford appearance during an injury-hit season. 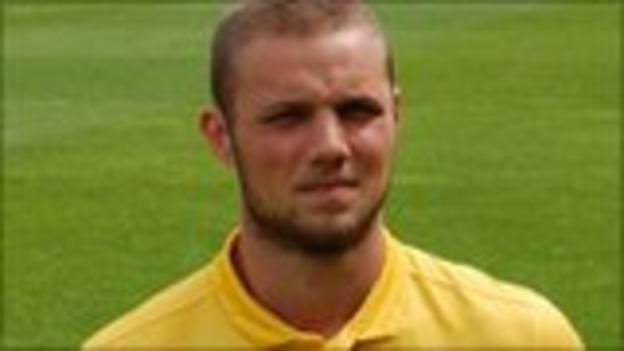 Worley, 23, signed for Oxford in July 2010 from Championship side Leicester City. He began his career as a trainee at Premier League side Chelsea. Having been an important first team player in 2010-11 and winning the Young Player of the Season award, Worley was pushed onto the bench with the arrival of Michael Duberry and was limited to just 12 appearances last season. 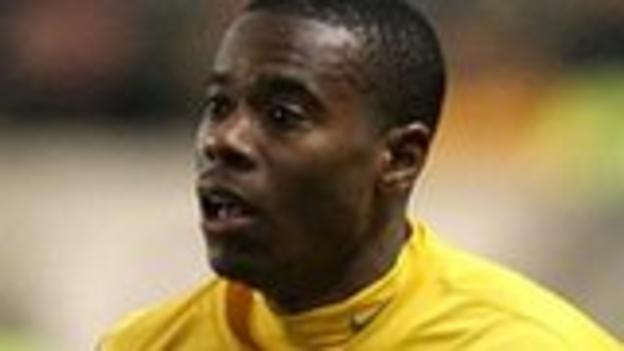 Davis, 25, signed for Oxford in July 2011 from Northampton Town after impressing on trial. A versatile left footer, Davis spent much of his time at Northampton playing on the left wing, but manager Chris Wilder preferred to use him as an attack-minded left back last season where he made 46 appearances in all competitions. 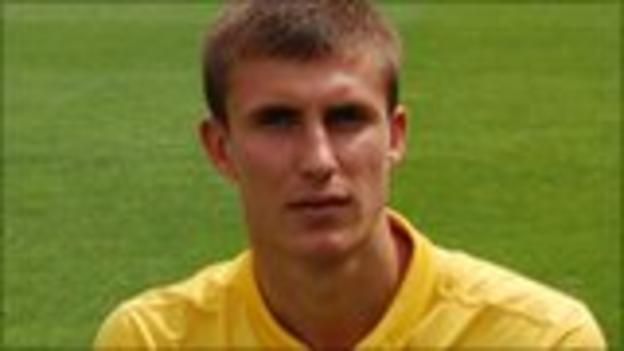 McGinty, 18, joined on loan from Manchester United in August 2012. He spent three years in the Charlton Athletic academy, before moving on to Old Trafford in summer 2009, where he won the FA Youth Cup in 2011. McGinty earned his first taste of senior football in February 2012 when he went on loan to Morecambe but after just four appearances he suffered a dislocated shoulder and had to return to his parent club. 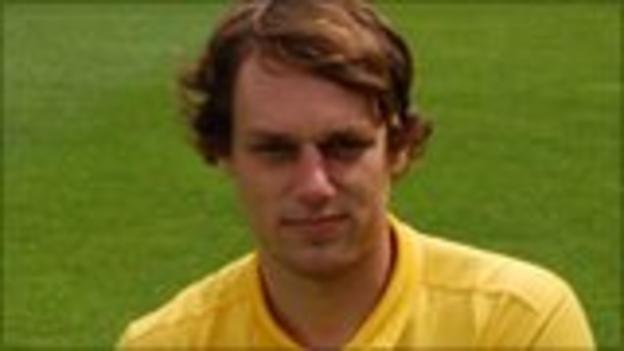 Chapman, 22, signed for Oxford in January 2009 initially on loan from Sheffield United before joining permanently at the end of the 2008-09 season. He helped Oxford to promotion from the Conference in 2009-10, but shortly after his man-of-the-match performance in the play-off final he was jailed for his role in a car incident. He rejoined United following his release in September 2011, and after a brief loan spell at Newport he re-established his place in the Oxford team. 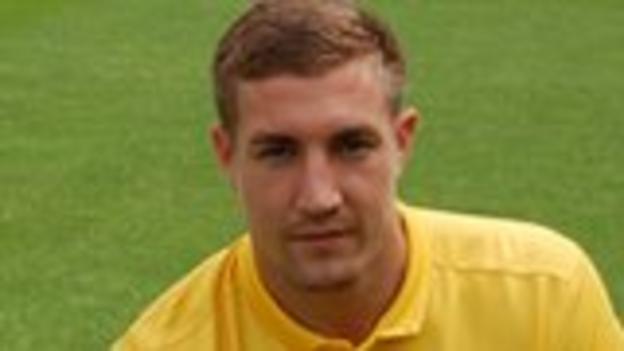 Heslop, 25, signed for Oxford in June 2010 from Barnsley. He began his career with the Tykes before embarking upon loan spells at Kidderminster, Tamworth, Halifax, Grimsby, Kettering and Luton. A creative, combative midfielder, Heslop has made 72 appearances for the U's in the last two seasons but will face competition for his place from new signings Jake Forster-Caskey and Lee Cox. 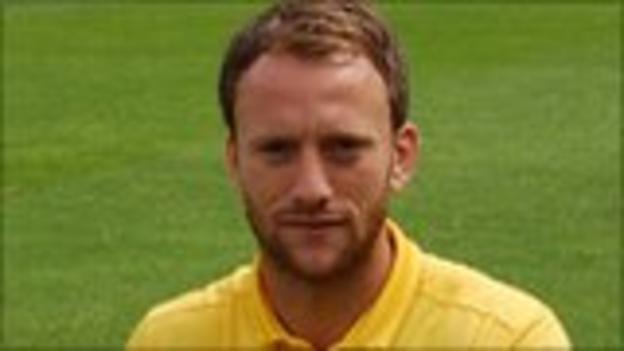 Rigg, 23, began his career at Bristol Rovers, where he spent four years. In a 2006 FA Cup match against Barrow, he suffered a broken jaw after being punched by an opponent. After loan spells with Grays Athletic and Forest Green, Rigg joined Port Vale, making over 50 appearances and scoring 13 times in two seasons before leaving to join Oxford in May 2012. 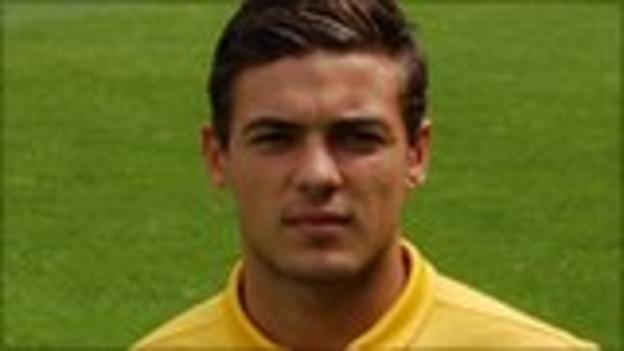 Forster-Caskey, 18, joined Oxford on a six-month loan from Brighton in July 2012. The son of former Reading player Darren Caskey and stepson of Nicky Forster, he became the youngest player to ever appear for Brighton when, at the age of 16 years and 13 days, he came off the bench in a League One match against Yeovil. He has represented England at Under-16, Under-17 and Under-18 levels. 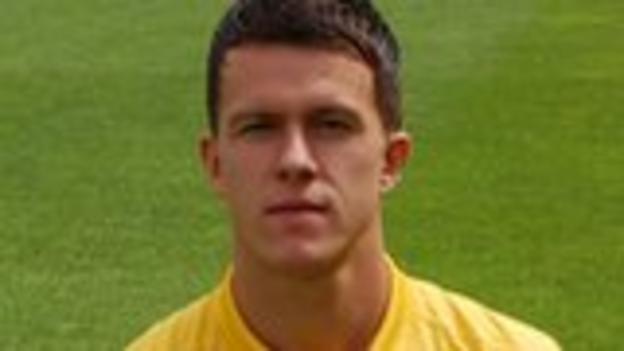 Lee Cox, 22, signed for Oxford in July 2012 on a six-month loan from Swindon Town. Cox was at Leicester City as a trainee, spending a period on loan at Yeovil Town, before moving to Inverness Caledonian Thistle in Scotland in 2009, helping them win promotion to the Scottish Premier League. In January 2012, he was signed by Paolo Di Canio's Swindon, but made just two starts for them before being transfer listed at the end of the season. 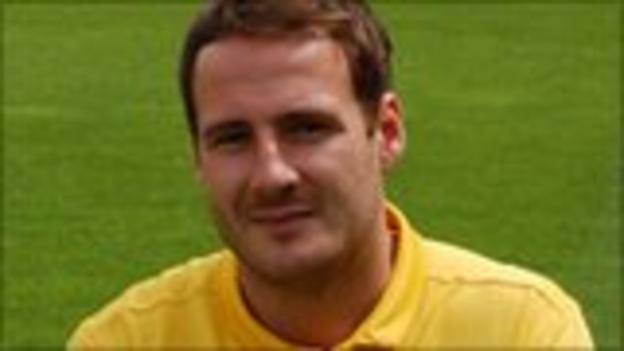 Leven, 28, signed for Oxford in July 2011 from League One side MK Dons. The Scot, who began his career with Rangers, made 113 league appearances for the Dons and won the League One Sports Writers' Player of the Year Award in 2011. He quickly established himself as an important player last year and memorably scored from the half-way line against Port Vale, which was runner-up in the Football League's Goal of the Season Award. 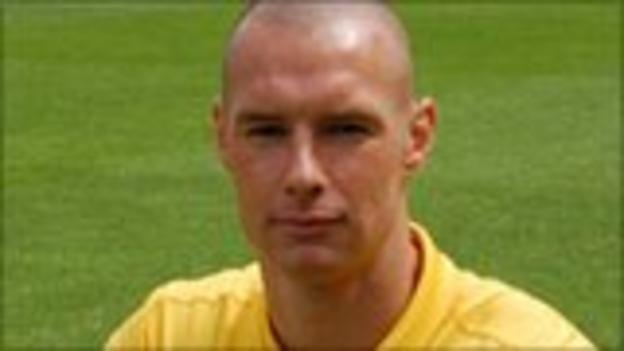 The longest-serving member of the Oxford squad, Constable, 27, joined on a season-long loan from Shrewsbury in the summer of 2008 and proved to be an instant hit. He signed permanently at the end of the season and scored 26 goals to help United to promotion in 2010. Constable has been the subject of much transfer speculation over the past year and turned down a move to Swindon in January 2012. With 80 goals for the club, he is currently fifth on Oxford's all-time top-scorer list. 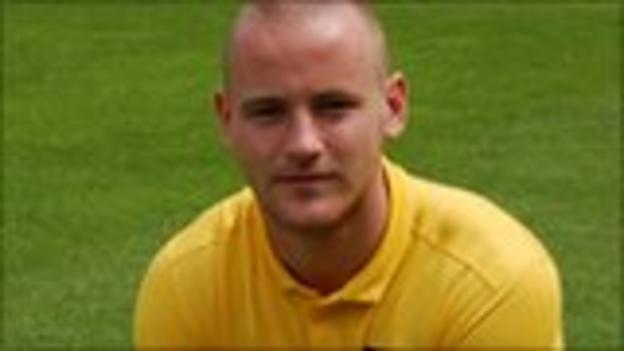 Smalley, 23, signed for Oxford in May 2011 from Oldham Athletic. The striker spent the majority of the 2010-11 season on loan at Chesterfield, helping them to the title with 12 goals in 28 league appearances. However, last season was a disappointing one for Smalley, scoring just twice in 26 appearances. This season he will be hoping for better luck in front of goal. 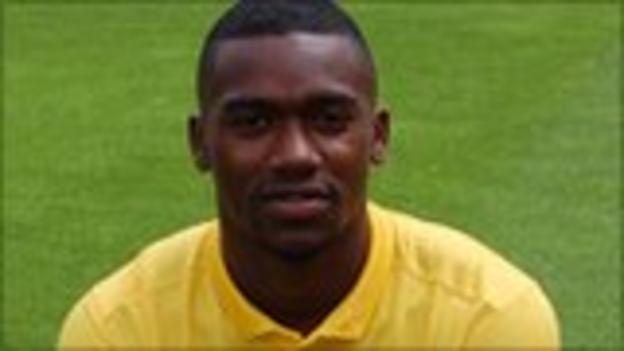 Pittman, 25, signed for United in May 2011 after being released by Wycombe Wanderers. The American-born striker began his career at Nottingham Forest as a trainee before enjoying spells at Bury, Doncaster Rovers and Crawley Town. He rejoined Crawley for a three-month loan period after making just six appearances for Oxford, but fought his way into first team contention at United after his return. This season he will be hoping to secure his place in the team after making sixteen appearances last term. 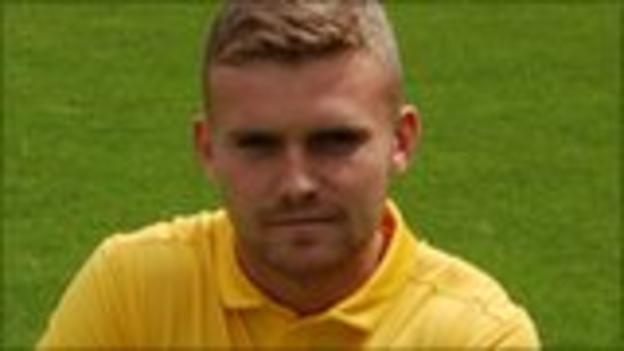 Potter, 23, signed a permanent deal with United during the summer of 2010. The energetic young winger impressed during the 2009-10 season while on loan from Peterborough, scoring the final goal in Oxford's play-off victory over York City. In 2011-12 Potter graduated from the role of 'super sub' and established a regular starting berth, but his season was cut short by an ankle injury in February 2012. 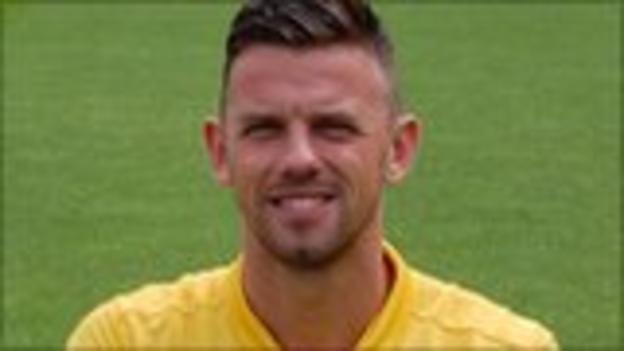 Craddock, 25, joined Oxford minutes before the August 2010 transfer window closed. He was signed from Blue Square Bet Premier Luton Town, where he finished top scorer at the club for the 2009-10 season scoring 24 goals in all competitions. The striker had a successful first season with the U's scoring 15 times in 39 league appearances but suffered with injury last season, making just 10 appearances in all competitions. 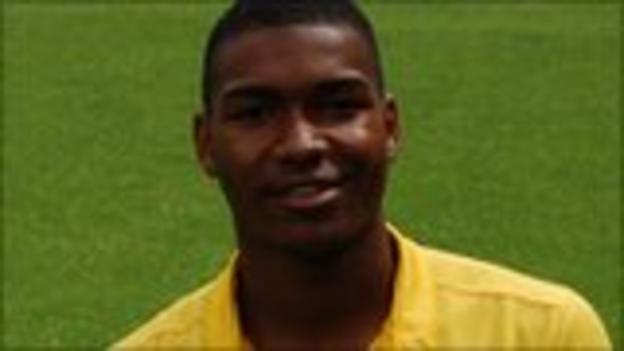 Marsh, 18, signed professional terms at the end of last season after impressing in the youth and reserve teams. He joined United aged 14 after previously being with MK Dons, Luton Town, Kempston Colts and Bedford, and spent part of last season at Aylesbury United to gain experience.