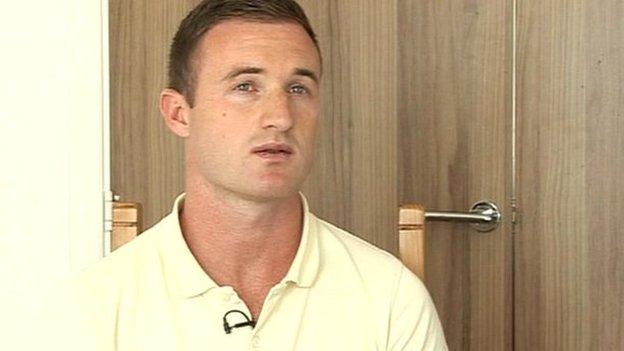 Truro City have agreed a deal which will secure the wages of their players for the next two years, according to striker Andy Watkins.

Outstanding wages were paid last week after players threatened to quit the club if they did not receive the money.

And Watkins told BBC South West that a deal to sell the club's ground to a new company had been agreed after a previous agreement broke down.

"It's fantastic news and hopefully we can move forward," Watkins said.

Truro are currently facing a winding-up order over unpaid debts and the club have seen several players from last season's squad leave.

The White Tigers are also still the subject of a transfer embargo as they continue to fight their off-field problems.

And Watkins says the club's chairman Kevin Heaney will retain control of the club as part of the deal.

"Kevin had the best interests of the club at heart ultimately, and wasn't happy with the original deal.

"Since this new deal has been struck it does sound like it's much more secure.

"We were told that this deal looks secure and it does look viable that we can continue to play for Truro City Football Club so everyone is delighted."

The players say they have not yet been told any details about the firm who will buying Treyew Road.

"Hopefully it leaves us in a stable position where we get regular revenue from the company," Watkins said.

"In the next few weeks it will become public knowledge, the deal's only just recently been done."