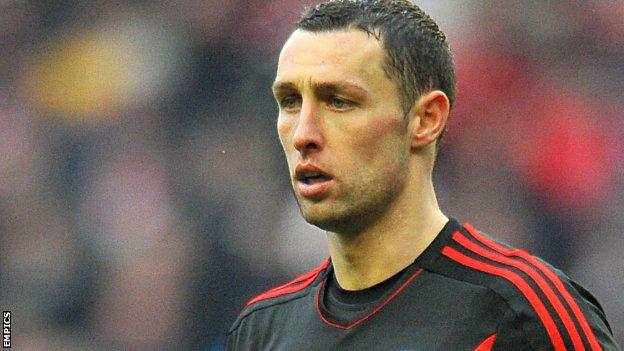 Middlesbrough manager Tony Mowbray has defended his decision to leave Scott McDonald out of the squad for the 2-1 Capital One Cup win at Bury.

Mowbray fielded a new-look side with five debutants for the trip to Gigg Lane in the season's opener.

"There's no situation, we brought some new players and I wanted to get them going," Mowbray told BBC Tees.

"Other players are getting opportunities, Scott just has to keep working hard and see what happens."

Among the players handed a chance to impress in the place of the Australia international were Emmanuel Ledesma and Luke Williams alongside last season's top scorer Marvin Emnes.

"I want Ledesma to get going, it's a huge step up for him to the expectations of our club," Mowbray added.

"He's managed to score today and he's got a bit to do but he's worked hard and got a lovely nature.

"We talked about Luke and he looked exciting late on drifting past people."

Meanwhile Dutchman Emnes struck his first goal of the new campaign with a 25-yard drive to give the Teessiders the lead against the Shakers.

The 24-year-old netted 18 goals in all competitions last term, and Boro have pinned their hopes on him improving that record this term.

"Marvin needs to set targets for himself this year," Mowbray said.

"We want him to do better than he did last year in the goalscoring charts and he has that ability.

"We talked to him about not over-elaborating too much around the box, and when the chance comes to shoot and when he did that today it flew in."