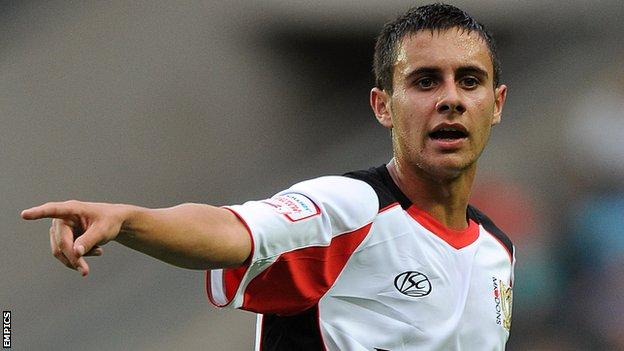 MK Dons have agreed to allow midfielder George Baldock to stay on loan in Iceland until the end of August.

The 19-year-old, who made his first-team debut for the Dons last season, has been with IBV since May.

He has made 16 appearances for the club so far, including the Europa League qualifying competition in which they lost to Irish side St Patrick's.