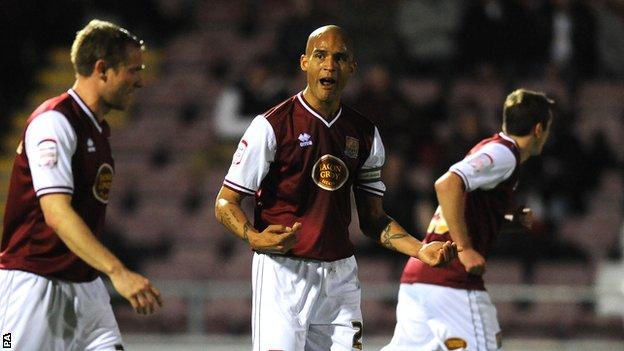 Former Northampton Town player Clarke Carlisle has said that the side will achieve promotion this season under manager Aidy Boothroyd.

The 32-year-old, who is considering retirement following his release from Burnley, spent the end of last season on loan at the Cobblers.

He told BBC Northampton: "I have no doubt they are going to get promoted.

"He [Boothroyd] has got a fantastic set-up there now and the lads are fantastic to work with."

The Cobblers finished 20th last season, four points and three places clear of relegation, but Carlisle believes they will improve.

"I'm not even going to wish them luck because they don't need it," he added.

"Get down to Sixfields because you are going to see some fantastic football."