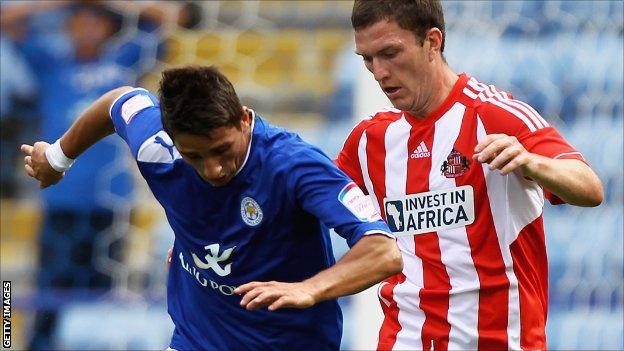 Former Leicester City manager Martin O'Neill believes the Foxes have the quality in their ranks to win promotion to the Premier League this term.

O'Neill's Sunderland side lost 1-0 at the King Power Stadium in the last game of both club's pre-season campaigns.

"They have the capability to get out of this league, but the league is tough," O'Neill told BBC Radio Leicester.

"The main thing for [manager] Nigel [Pearson] will be consistency, winning two or three games on the trot."

The second-half goal that sealed the win for Pearson's side came from substitute Tom Parkes, who scrambled home from a corner with 15 minutes remaining.

However the margin could have been greater had City strikers Jamie Vardy and Jermaine Beckford not found Black Cats goalkeeper Keiren Westwood in inspired form.

"It augurs well for a good season for Leicester," O'Neill continued.

"I've seen teams do very well in pre-season and struggle after that, but you don't get that impression here.

"They're very strong, very competitive, they've got a good manager at the helm and I think things are in place."

Pearson, who took over from former England manager Sven-Goran Eriksson in October 2011, led the club to ninth place in the Championship last season.