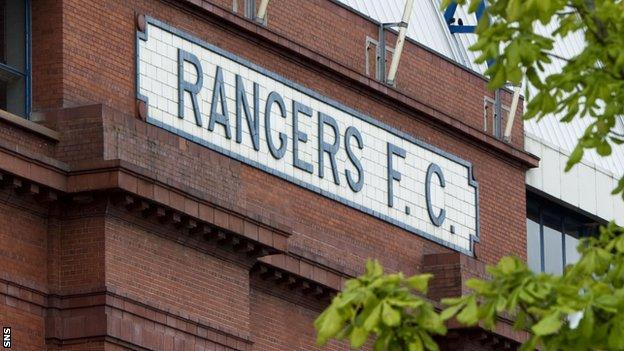 Rangers newco chief executive Charles Green has questioned why funds owed to Dundee United from a Scottish Cup tie last season have not been paid.

However, the SPL maintains that the agreement was made with Rangers oldco and is now void.

"Why the SPL have not paid Dundee Utd the outstanding sum as previously agreed is a question that they need to answer," said Green.

Rangers oldco went into administration in February and filed for insolvency in July due to unpaid debts.

The newco was granted a transfer of the oldco's Scottish Football Association licence with one of the conditions of membership being the payment of all football debts.

In a statement, Green reiterated his previous claim that all debts to Scottish clubs incurred by the company that formerly ran Rangers had been settled.

Green says this was "in addition to agreeing to waive all claims to unpaid fees accrued last season, as part of the five party agreement which was a condition of SFA membership.

"We wrote to Dundee Utd on Monday explaining the SPL had previously confirmed they would pay it.

"I spoke to [SFA chief executive] Stewart Regan and his solicitor this morning and provided them with copies of all relevant documentation."

Meanwhile, BBC Scotland has learned Rapid Vienna are still owed for the sale of Nikica Jelavic to Rangers in 2010, although the next payment to the Austrian club is not due until the end of August.

In a financial report produced by the oldco's administrators, Duff & Phelps, Dundee United were listed as being owed £65,981, however BBC Scotland has learned the amount is believed to be closer to £30,000.