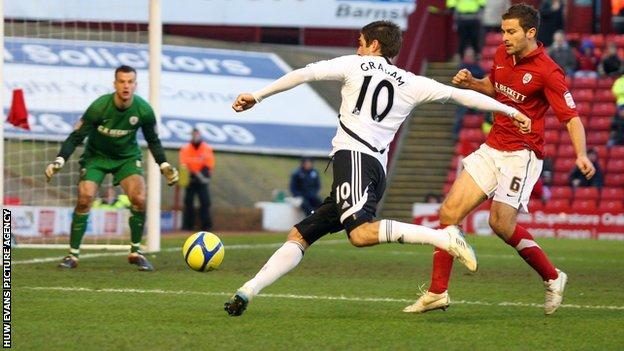 Swansea City will start their Capital One Cup campaign at home to Championship side Barnsley.

The second-round tie at the Liberty Stadium will be played on the week commencing 27 August.

Premier League side Swansea had a bye in the first round, while the Tykes won through by beating Rochdale 4-3 in the opening round.

The two sides met in last season's FA Cup, with the Swans beating Barnsley 4-2 at Oakwell in the third round.