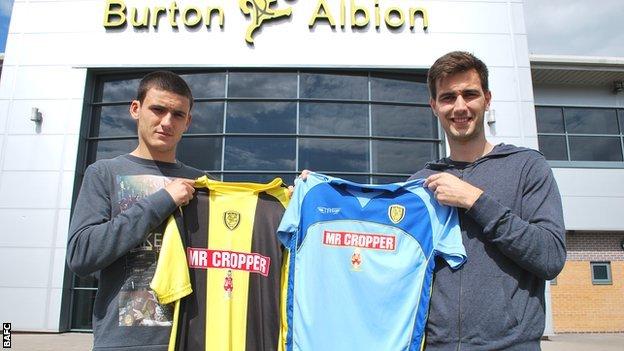 Burton Albion have signed striker Matt Paterson on a six-month deal and have also completed a loan deal for Blackburn right-back Anthony O'Connor.

Both 22-year-old Paterson, who left Southend in the summer, and O'Connor featured for the Brewers in pre-season.

Paterson said: "I had a difficult time at Southend but that's behind me. I want to show people what I can do."

O'Connor, 19, has joined on an initial one-month contract and said: "I'm eager to play first-team football."

He added: 'I can play in a few positions. I can play anywhere across the back.

"No matter where the gaffer wants me to play I'll play for him and I'm looking forward to getting stuck in. I'm here for a month so who knows what could happen."