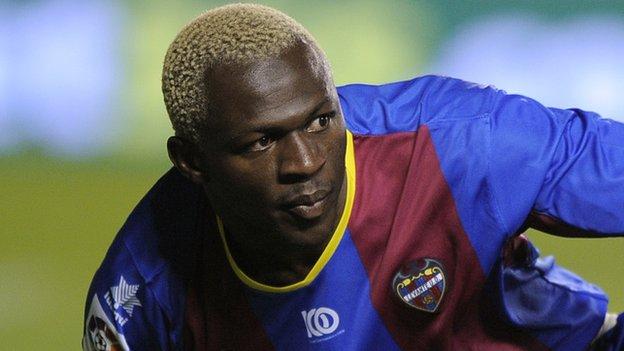 Ivory Coast international striker Arouna Kone has revealed he decided to join Wigan because of manager Roberto Martinez and the club's football style.

The 28-year-old completed his move to the English Premier League from Spanish side Levante on Tuesday.

He told Wigan's website: "Roberto has told me about the philosophy of the club, how it's a family club.

"He told me how he likes his teams to play on the floor and these were words which really persuaded me to join."

"I'm very happy to be here and I'm doubly happy because I know how hard the manager has had to fight to get me here," added Kone, who has signed a three-year deal.

"I'm impatient to get started with my new club. It's a great challenge for me."

Kone could be given a high-profile introduction to the English game, if he is selected to play in Wigan's opening league match of the season at home to Champions League winners Chelsea on Sunday.

He said: "It's up to the manager of course but I'm ready having done all of my pre-season with Levante. I feel great and I would love to be able to take part in such a big game.

"I'm going to give my all every time I put the shirt on this season and I'm sure we can make progress in the league. I really hope that the fans will be satisfied that I'm a player who gives everything."