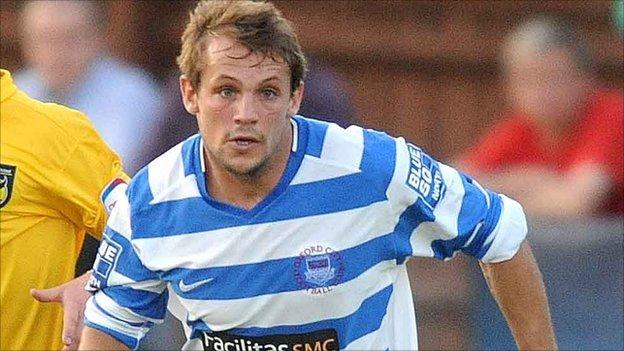 Oxford City manager Mike Ford believes his team will rise to the challenge when they begin their debut season in the Blue Square Bet North on 18 August.

City were promoted from the Southern League last year via the play-offs.

And Ford believes they can carry that momentum through to the beginning of this season.

"There should be a freshness and an excitement about us and we should relish putting ourselves up against good opposition," Ford told BBC Oxford.

"Once that initial momentum or excitement is gone, we need to have claimed enough points to be in a comfortable position, because the stark realities of the level we're playing at will hit us and we need to be more than ready for it.

"I just want us to go out and attempt to win every single game we play, give a whole-hearted, committed performance in each of those games and hopefully not get ourselves in a relegation battle."

This is the first time in their 130-year history that Oxford City have played at this level and the club will face more travelling than ever before after being placed in the northern division.

However, chairman Brian Cox says that any additional travelling costs will be more than offset by increased attendances.

"Financially it's slightly more but I think it will be fine," said Cox.

"There will be a lot of places that we've never been to before but we're all quite excited about it actually, We're not that bothered that we're in the north.

"There are some really big sides. The very first home game against Chester is absolutely massive. Apparently they bring anything from 750 to 1,000 people with them.

"We're not expecting to go out with a blaze of glory and win the league or anything, but as long as we can hold our own in this first season obviously we'll be happy.

"This season is the most important in the club's history. We need to stabilise and stay in it and make sure that when the fixtures come out next year we're still a Conference North football club."