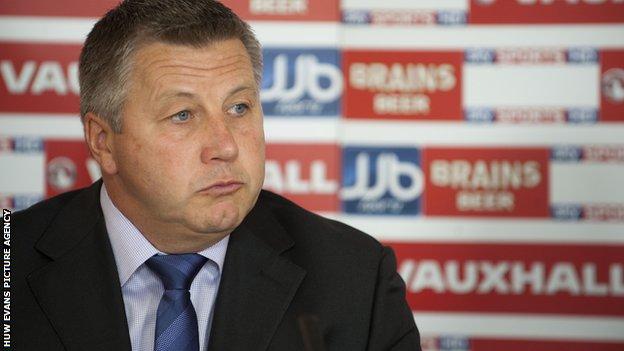 Wales' hopes of qualifying for the Euro 2013 finals are over following a 1-0 defeat to Armenia in Wrexham.

In Geraint Williams' first game in charge the home side were reduced to ten men after six minutes.

David Stephens was dismissed for a handball which resulted in a penalty that was converted by Hovhabbes Hambardzumyan.

Hambardzumyan missed a second penalty for Armenia in the second half when his effort struck the crossbar.

Victory would have seen Wales move ahead of Armenia into second place and keep alive their hopes of securing a play-off berth as one of the four group runners-up with the best records.

Wales complete their campaign away to Group Three leaders the Czech Repblic on 10 September.