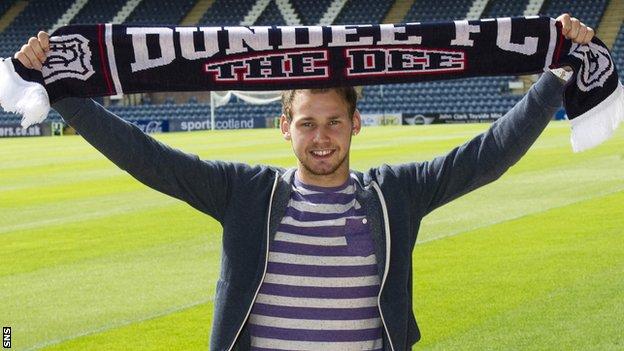 Boyle had reportedly attracted interest from a number of top-flight clubs during the summer and spent time training with Aberdeen.

He spent three seasons with Montrose after making his debut at 16 in a Scottish Cup tie against Hibernian.

"He's one for the future but also one that we think can maybe have a week impact this season," Dundee manager Barry Smith told BBC Scotland.

"I do tend to go to a lot of the lower league games just to see if there's anyone out there. Martin's definitely one of the one's that caught my eye.

"He can play anywhere up the front or he can play in the wider areas as well. He's someone that I think will excite the fans."

Boyle, who scored 22 goals last season and has already scored two in four games this term, has moved to Dens Park after the two clubs agreed terms for the transfer.