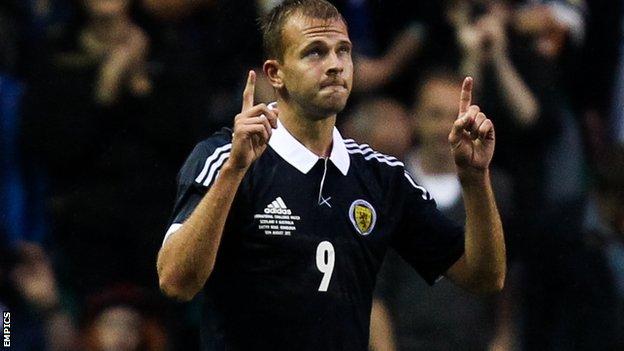 Rovers boss Steve Kean revealed last week that they had submitted an offer for the 22-year-old, who scored his first international goal for Scotland against Australia on Wednesday.

"I think things should be done in private but some clubs don't do that," he told BBC Radio Leeds.

"Clubs have a number of reasons for going public with these things."

He added: "Maybe they're trying to unsettle the player or prove their ambition to their fans and get them onside. That's for them to do.

"Our stance is the same; no-one has got anywhere near our valuation of him."

Rhodes scored 40 goals for Huddersfield last season and reiterated his desire to stay with Grayson's side earlier this week.

"I'm delighted for him because he is such a level-headed lad that he deserves every success he gets," he continued.

"He has worked extremely hard to get to where he has, so for him to get to that stage, play so well and score will be very memorable for him."

Town travel to Cardiff for their first league game of the season on Friday, looking to bounce back from their disappointing 2-0 Capital One Cup defeat by Preston on Monday.