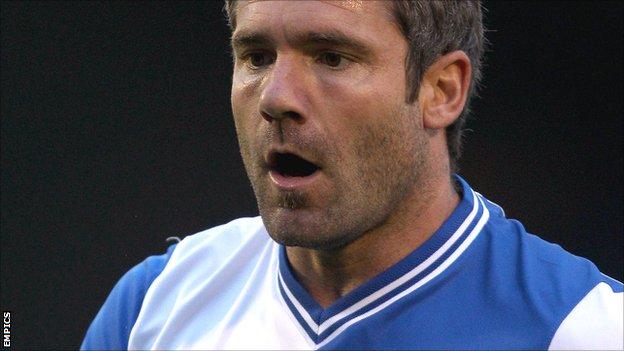 Midfielder David Dunn has said anything other than promotion back to the Premier League this season will be deemed a failure by Blackburn Rovers.

He told BBC Radio Lancashire: "Everyone wants to have a real push for promotion, not just to go up, but hopefully to go on and win it.

"The owners have spent a little bit more money than they have [previously] and I hope we can bring a few more in.

Dunn was part of the last Blackburn squad to win promotion to the top flight in 2001 under Graeme Souness.

The 32-year-old will be competing with new signings Danny Murphy and Dickson Etuhu for a starting place at Ewood Park.

"It's healthy competition," added Dunn, who has won one England cap. "The experience that both Dickson and Danny bring in is certainly what we needed.

"Dickson is a real presence and I think it's something that we've probably lacked over the last couple of years, that presence in the centre of the pitch that can keep the ball and break things down when the opposition have it."

Blackburn begin the Championship campaign away at Ipswich Town on Saturday.