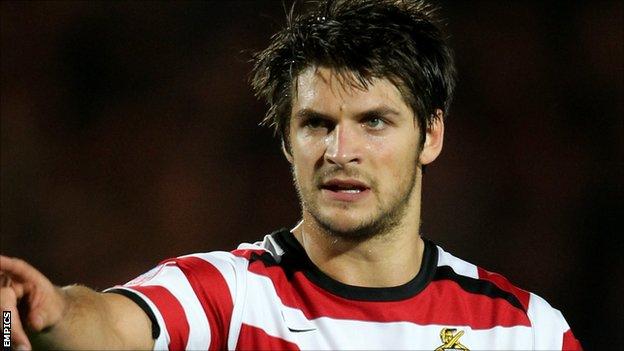 Defender George Friend believes his summer move to Middlesbrough from Doncaster Rovers has been a positive step in his career.

Friend, 24, left relegated Rovers for the Championship club in July, and has been impressed by the quality within the squad at the Riverside.

"The style of play is different, but it's better," Friend told BBC Tees.

"We've got some really good players here, who can help my game and I'm enjoying it. It's a positive change."

Devon-born Friend has played in the Championship with several clubs and was a Premier League player with Wolves.

However the level of interest and support from the Teesside public has been an eye-opener.

"The first impact of that was when we played Hartlepool away and saw all the Middlesbrough fans that had travelled for the friendly," he added.

"They were making a lot of noise, and drowned out the Hartlepool home crowd.

"I knew Middlesbrough was a big club with big expectations, that was what I wanted to be part of. That's why I joined."