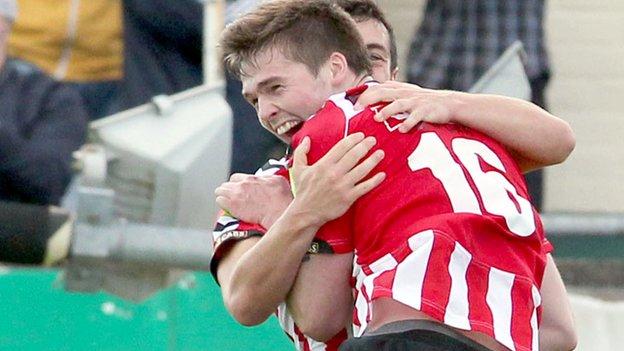 Derry moved up to fifth in the Premier Division after a deserved victory over Bohemians at the Brandywell.

A mistake by keeper Andrew McNulty on 28 minutes let in Conor Murphy to fire home his first goal for City.

The hosts made the better chances but Bohemians threatened late on and Evan McMillan's header was cleared off the line before Dwayne Wilson went close.

McLaughlin headed just wide after eight minutes as the Candystripes took control while Ryan McBride shot over the Bohs bar.

Murphy's strike from a corner was followed seven minutes later by a fine Owen Morrison effort flying just over.

Derry pressed for another goal after the break and McMillan cleared off the line from McLaughlin's header.

McMillan saw his own header denied on the line and Wilson almost equalised when his shot was tipped over by Doherty.

Molly set up McLaughlin for the second goal which settled nerves and secured a win which takes Derry up two places and above Bohemians in the standings.