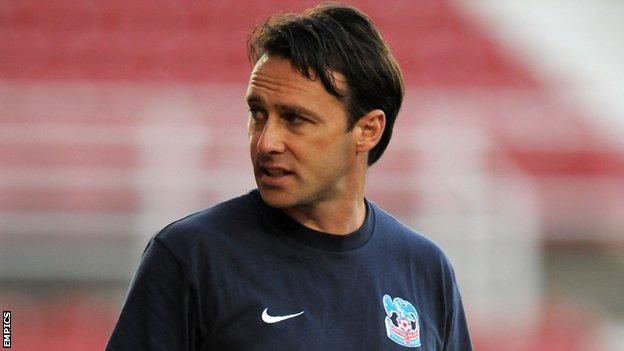 Crystal Palace boss Dougie Freedman says it may be tough to add to his squad before the transfer window closes after losing key players this summer.

Darren Ambrose, Nathaniel Clyne and Sean Scannell have all left the club.

Freedman told BBC London 94.9: "Frustration is not the word. We have got to be very honest with where we are in the world of finances.

"We grow players, sell them, move on and work hard to try and get new ones in. The fans understand that."

He added: "I'm a very happy manager that's working with a lot of good young players.

"My role is to keep the momentum and the club moving forward and get one or two youngsters in the team."

After bringing in defender Peter Ramage and striker Aaron Wilbraham on free transfers and centre-back Joel Ward from Portsmouth for £400,000, Freedman is keen to bolster his options.

"I am looking but it's very difficult to get the right type [of player] for the right money and the right time," he said.

"By the end of August we should have results."