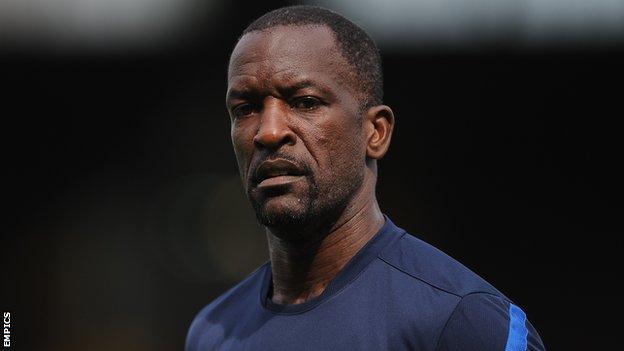 Charlton Athletic manager Chris Powell has challenged his players to adapt to playing in the Championship.

The Addicks are back in the second tier for the first time since 2008-09 after winning League One last season.

He told BBC London 94.9: "The players have worked ever so hard to put themselves in this position.

"It's now up to every player to quickly adapt to life in the Championship and excel. I want them to show everyone they are worthy of being here."

He added: "It's a great journey for us and a big step after what happened to us.

"This season is about us competing and consolidating and see how we can move forward.

"We've taken one step [in winning promotion] and we want to take another one this year."

Charlton were knocked out of the Capital One Cup by Leyton Orient this week, and Powell was unimpressed to start the season with a cup tie.

"It's a strange decision to have a cup game [first] and I don't think it should happen," he said.

"You should have a clear week leading up to your first game. We haven't had that.

"We played two hours and now I have to get the boys ready for Saturday."

Charlton open the Championship season away to Birmingham.