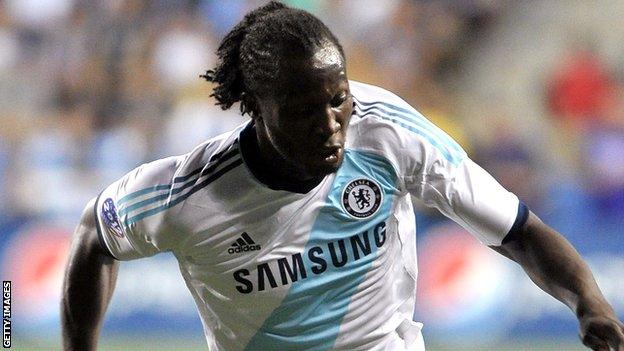 West Brom manager Steve Clarke says new signing Romelu Lukaku must earn his place in the team after joining on a season-long loan from Chelsea.

Lukaku, 19, cost Chelsea a reported £20m when he signed from Anderlecht in August 2011.

But Clarke, speaking ahead of Saturday's home game with Liverpool, says he cannot guarantee the Belgium international a first-team start.

"He's one of a number of strikers competing for a place," said Clarke.

Lukaku agreed to become Clarke's fifth signing after being limited to 12 senior appearances at Chelsea, including one Premier League start.

But he faces stiff competition at the Baggies from fellow strikers Peter Odemwingie, Shane Long, Marc-Antoine Fortune and Markus Rosenberg.

Lukaku will be hopeful of starting against Liverpool, particularly after he scored in Belgium's 4-2 friendly win over Holland on Wednesday

"He's certainly hungry, I know that," added Clarke, who was appointed head coach in June.

"He wants to do well and prove himself in the Premier League. Whether he has grievances with Chelsea is not for me to comment on. I don't know what happened last year at Chelsea.

"It was obviously going to be difficult for him to get in the team ahead of Didier Drogba and Fernando Torres and that proved to be the case.

"But he's got a clean slate this year."