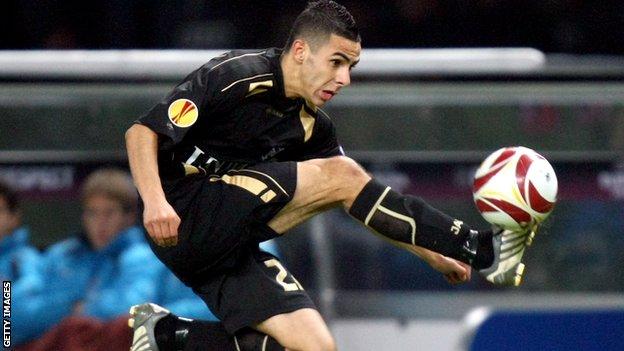 Winger Oussama Assaidi has joined Liverpool from Dutch side Heerenveen, the Merseyside club has confirmed.

Morocco international Assaidi, 24, completed a medical at the club's Melwood training ground before signing a long-term deal with Brendan Rodgers's side.

"When I watch Liverpool it's always a good atmosphere. The fans are fantastic and I'm happy to be here," he said.

"I had offers from other big clubs but I've been waiting for this moment."

Assaidi added: "The first time I spoke to the coach I had a good feeling."

Assaidi scored 20 goals in 68 appearances for Dutch Eredivisie side Heerenveen.

He made his international debut in February 2011 and has represented Morocco 22 times.

"He's a young player who has done very well, in particular in the last couple of seasons, in Holland," said Rodgers.

"He fits our style perfectly. He's an exciting player who is very good in one-versus-one situations and I think he's a player who will excite the crowd.

"We're not expecting too much too early - he needs time to adapt. But we're delighted he's chosen to come here over a number of other clubs.

"I'll look forward to helping his development and I hope he'll become a very good part of this club."