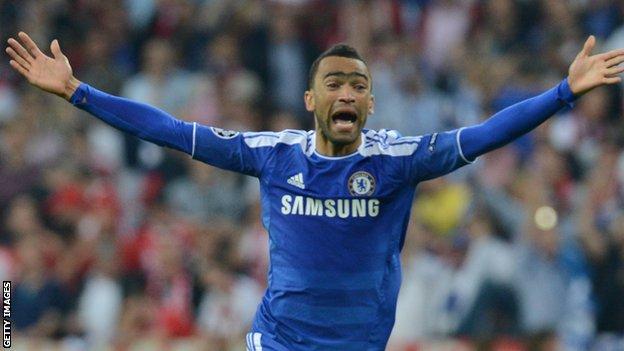 The 29-year-old Portuguese has been without a club since May after Chelsea decided not to offer him a new contract.

"He has got a winning mentality and that is what I want to have around the place," said manager Mark Hughes.

Hughes also confirmed that midfielder Owen Hargreaves is no longer training with the club.

The former England international had been training at QPR since the end of last month in a bid to build up his fitness following injury.

Bosingwa said: "I had the pick of many clubs, but the project here excites me greatly.

"I played for Chelsea for four years and I love Premier League football and the supporters."

The defender first moved to England in 2008, joining Chelsea from Porto for £16m.

He struggled to hold down a regular place in the Chelsea side, but played the full 120 minutes as Chelsea beat Bayern Munich to win the Champions League in May.

Meanwhile, Hughes confirmed that suspended midfielder Joey Barton is likely to be loaned out.

French club Marseille have shown interest in signing the player, although they have yet to make an offer.

"Yes [I think Barton will go out on loan]," said Hughes.

"I have had discussions on a number of occasions with Joey and the fact is he is not available for 12 games at the beginning of the season.