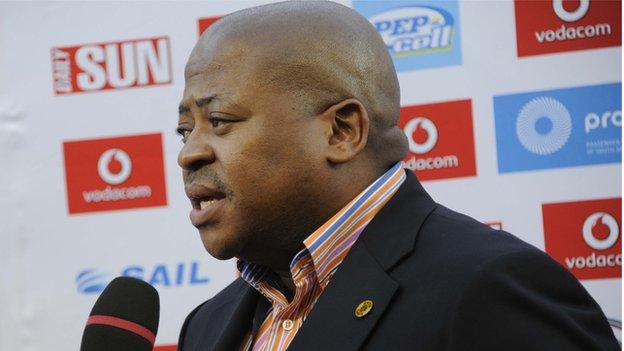 Kaizer Chiefs general manager Bobby Motaung has been arrested on allegations of fraud and forgery, along with two other men.

The charges relate to the building of a 2010 World Cup stadium in South Africa.

A third man was in custody in Cape Town and will be transferred to Nelspruit.

McIntosh Polela, spokesman for South Africa's economic and organized crime unit, said the men are accused of using a forged tax document in winning a $17m contract to help build the Mbombela Stadium.

The stadium cost a total of $145m and hosted four games at the World Cup.

Motaung is the son of Kaizer Chiefs chairman and founder Kaizer Motaung.