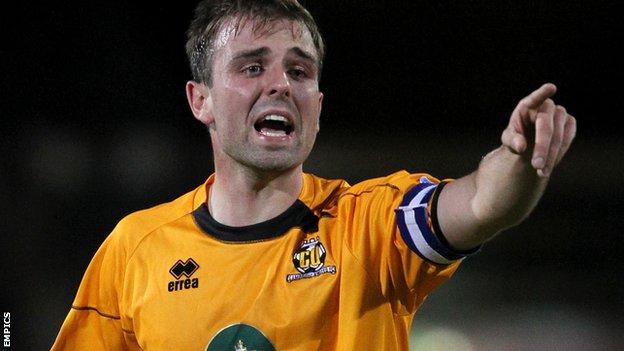 Cambridge right-back Kevin Roberts is to see a specialist next week about a hip problem that has left them short.

"Kev has come back from a long-term injury and then got another totally unrelated injury in training," said manager Jez George.

"And Jonathon Thorpe, who we saw as starting the season to give Kevin more time, he has a freak injury training and tears his cartilage.

"From having two very good right-backs we lose both."

Roberts, 22, played in the season opener against Forest Green but had to sit out the midweek win over Lincoln because of the injury.

Rory McAuley, normally a centre-back, was pressed into service on the right and with Thorpe at least four weeks away from returning, is likely to continue in the role for the time being.

George told BBC Radio Cambridgeshire: "Rory does a great job for us but he'd be the first to admit it's not his number one position."