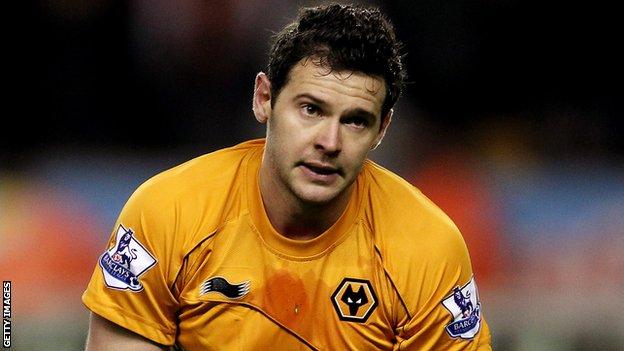 Wolves have rejected bids for one-time England international Jarvis, 26, with chief executive Jez Moxey saying the club's valuation of the player has not been met.

"We are still pursuing Jarvis, that is where we are at the moment," Gold said.

Gold also confirmed a deal for Liverpool's Andy Carroll is dead but that "things can change overnight."

Jarvis began his career at Gillingham, making 122 appearances for the Kent club, before joining Wolves in the summer of 2007.

He was one of Wolves' stand-out performers as they were relegated from the Premier League, scoring seven goals in 14 appearances at the end of last season.

Meanwhile, Gold says he hopes to learn whether West Ham's bid to move to the Olympic Stadium has been successful within the next six weeks.

The Hammers want to take over the 80,000-capacity venue after the Paralympic Games end next month.

"We are still waiting," said Gold. "I think we will hear within four to six weeks and we wait patiently for the outcome.