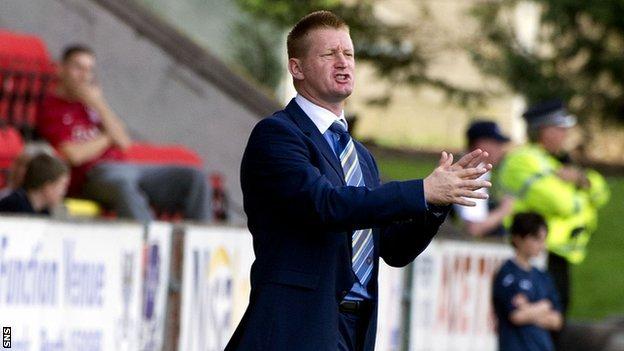 St Johnstone manager Steve Lomas lamented a "disappointing day at the office" as injury and illness compounded defeat by Aberdeen.

Chris Millar and Murray Davidson went off with knocks during the match at McDiarmid Park and a bug prevented new signing Craig Beattie making his debut.

"It never rains but it pours," Lomas said. "It's tough at the minute.

"Aberdeen seemed to want it more than us and that was the disappointing thing. Back to the drawing board."

Lomas feels a significant turnover of players has contributed to his team's start to the Scottish Premier League, with the Perth men picking up only one point from a possible nine.

"We know we've got an honest set of boys and we will come out fighting again," added Lomas.

"We overachieved last season. We lost 12, we've brought eight in. We've had to shave quite a considerable amount of the budget.

"I'll have to speak to the chairman. Quite clearly we're very vulnerable now in midfield.

"We'll just have to wait and see."