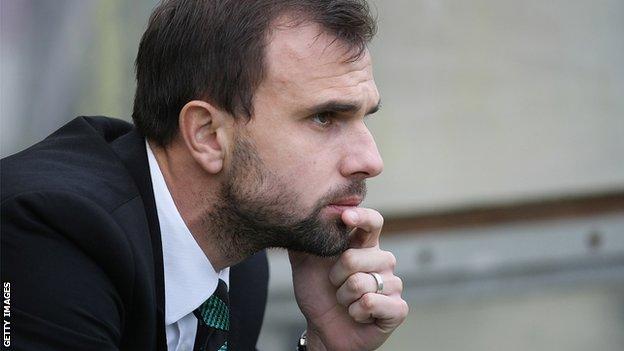 Plymouth Argyle manager Carl Fletcher was critical of the decision to award Aldershot a penalty in their 2-0 win at Home Park on Saturday.

Argyle were a goal down when Michael Rankine was adjudged to have been fouled in the box by Onismor Bhasera.

"It is hard work for us because our lads have worked their socks off for seven weeks and you get someone who spoils it."

But overall Fletcher was happy with the work-rate that his side showed in their opening league match of the new campaign.

"Goals changed games for us today and a couple of mistakes cost us," he said.

"But overall the lads worked really hard, we had plenty of chances and there was good play, but we couldn't get the ball in the net.

"But it's the first game, so we'll get over it and get ready for Tuesday night."