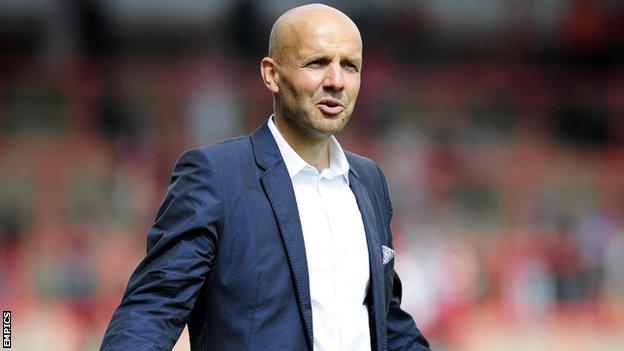 Exeter City manager Paul Tisdale says he was happy with the way his side played in the first half of their 3-0 defeat to Morecambe, despite conceding all three goals in the period.

Tisdale felt City were at fault for the third goal but not the others.

"You're going to play a lot of games of football and not have the ball drop as it did for their first two goals," Tisdale told BBC Devon.

"But our first half hour was very proper and solid."

He added: "I'm disappointed with our second half performance but I said to the players at half-time that I was more than happy with them.

"We looked organised, passed the ball, and looked confident."

But Tisdale felt his side did not make the best use of the possession they had in the second period as they tried to get back into the game.

"We had a lot of the ball and didn't use it well enough," said Tisdale.

"If we have aspirations of being a good team we'll have plenty of time to work on that in the coming months.

"I think we could play that first half all season and we wouldn't go in 3-0 down again."