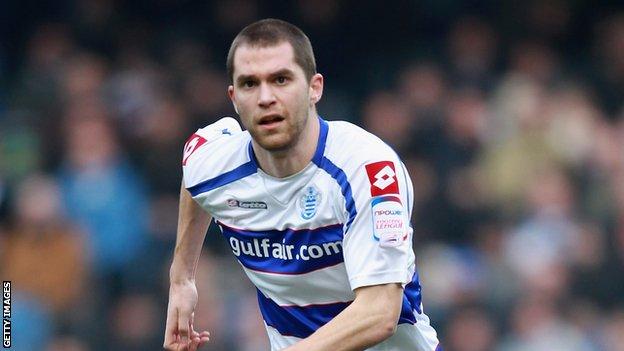 But though Cardiff have secured Connolly, fellow new recruit Kim Bo-Kyung is likely to miss the next game while he waits for a work permit.

"We've signed Matthew Connolly from QPR and when we get Kim Bo-Kyung over from South Korea it brings another two quality footballers into the club," said Cardiff manager Malky Mackay.

"He [Connolly] is an experienced defender, he's come out of the Arsenal school... played at Colchester and got his experience and then went and played for QPR at our level for a good number of years, played a lot of games.

"So he's someone who can play right-back, left-back, centre-back and is experienced, is a good professional and is the right type of person that I want to bring to Cardiff."

As well as the capture of Connolly in a three-year deal thought to be worth £500,000, Mackay also confirmed that Cardiff are in negotiations with QPR for 32-year-old striker Tommy Smith.

"It's something that's ongoing at the moment, we've made a bid... we'd like that to happen but we'll see," Mackay said.

We have brought five or six in, but at the same time we probably need to at least bring another couple in if we can

Kim, who has signed a three-year contract with Cardiff, was part of the South Korean Olympic football team which took bronze medal in London.

He has now returned to South Korea but is due to return to the UK this weekend after sorting out some red tape.

"It's nothing other than the fact that Korea got to the bronze medal game, [he] flew back when they did and now he has to do some paperwork over in Korea," explained Mackay.

"It's purely administration work - we are not having to clarify status. That will take that time for him to come back in the country.

"We would love to have him back for Bristol [City, who Cardiff play on Saturday] but it's probably going to be Wolves."

Connolly, 24, was an Arsenal trainee and had loan spells at Bournemouth and Colchester United before signing for Rangers in 2008 for £1m.

He has made 116 League appearances for QPR and spent a stint on loan at Reading in the 2011-12 season.

Despite having Kim and Connolly on board, Mackay insists he wants to recruit more players ahead of the 31 August transfer window.

"We need more strength in depth if we are going to have this 46-game season," insisted Mackay.

"Because, as was shown last year, we didn't have enough bodies. Seven people left the club this summer again so we are down again.

"We have brought five or six in, but at the same time we probably need to at least bring another couple in if we can."

After their opening 1-0 home win against Huddersfield Town, Cardiff City travelled to Brighton on Tuesday and came away with a 0-0 draw