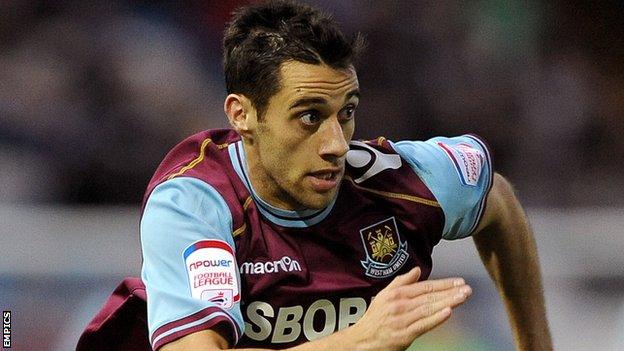 Baldock scored 11 goals in his first 15 games for the Championship club, but he lost his place in the side following injury problems.

The Scotsman continued: "He gives us real threat to stretch defences and is as good a natural finisher as anyone in the division.

"He'll really complement the strikers we already have at the club, as well as [be] a different type of option for our play in general.

"I'd like to thank the board and our owner for really pushing to get this deal done.

"He's a striker we've targeted and worked extremely hard to get. I've no doubts all the effort and commitment will prove dividends."

McInnes had made no secret of his intention to strengthen his forward line following Nicky Maynard's departure to the Hammers in January.

And his patience over the summer appears to have paid off after capturing both Baldock and Steven Davies, who was brought in on a three-year deal from Derby on Monday.

Baldock is a product of Wimbledon's youth system and followed the club when they moved to Milton Keynes in 2003.

He caught the eye of teams higher up the league hierarchy when he netted 14 goals in 34 appearances the following year, and eventually secured a move to West Ham in the summer of 2011.

The forward made a blistering start his his Hammers tenure - scoring six goals in his first six games - but injury curtailed his form and he fell out of favour with manager Sam Allardyce.