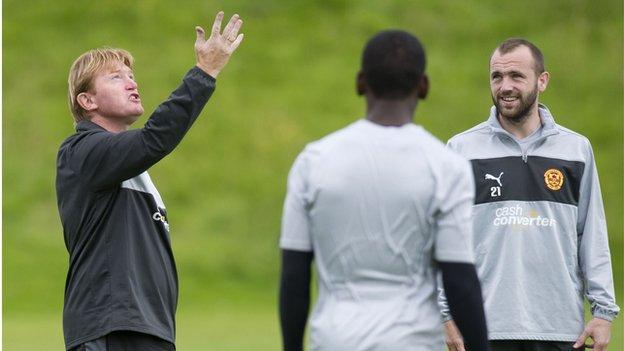 The Scotland forward has been training with his old club all summer, but the two parties have been unable to reach an agreement.

McCall had been given the green light to sign another player on Friday.

McFadden was released by Everton in the summer after failing to hold down a first-team place having returned from a serious knee injury.

He needs to get playing. He knows that himself

Free agent McFadden started his career with the Steelmen before moving to Everton nine years ago.

McCall said: "I spoke to James on Friday and we had a good football chat, it was open.

"Since then James has spoken to people who are a lot higher than I am at Motherwell who deal with the purse strings and I don't think the outcome was favourable.

McFadden, who also played for Birmingham City in between his two spells with Everton, is still training with Motherwell in an effort to maintain fitness.

"The football chat was fine, we both realised the same thing, he needs to get playing. He knows that himself.

"I'm not painting this any way that James has ben asking for great deals of money. I'm not saying that whatsoever." McCall added.