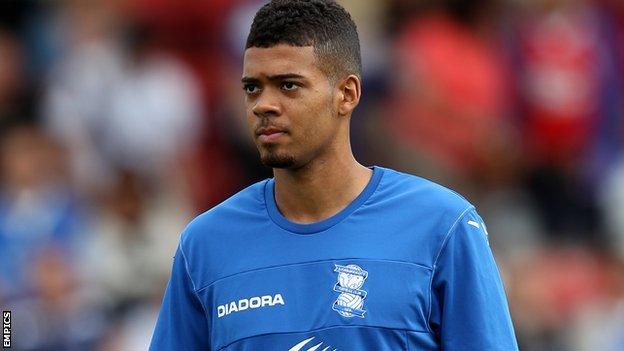 He joins a Carlisle side who have picked up just one point from their first two League One matches this term.

Jervis, 20, made his first-team debut for Blues in January 2010 as a late sub in their FA Cup fourth round win against Everton at Goodison Park.

His only other Blues appearance also came in the fourth round of the cup, in the 1-1 draw at Chelsea in January.

But he has plenty of experience out on loan, this being his sixth temporary move away from St Andrew's.

After joining Hereford United in March 2010, he returned to the Bulls the following season after a three-month stay with Notts County.

Last season, he spent the first half of the season at Swindon, where he scored five goals in 14 appearances.

And he then scored twice in a five-match loan spell at Preston in January.