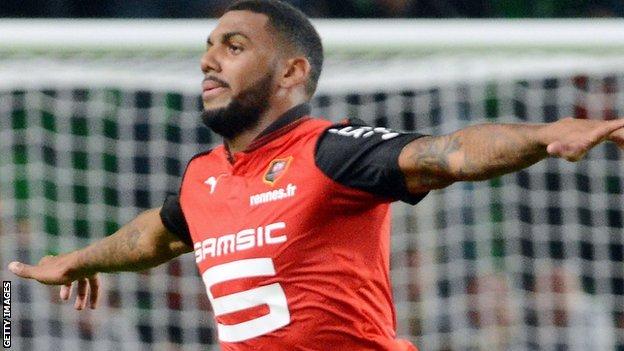 Tottenham have submitted a bid to sign 22-year-old France midfielder Yann M'Vila from Rennes, according to the Ligue 1 club.

It is understood Spurs have proposed a fee of £12.7m with add-ons, although Rennes want an unconditional £15m.

The French club replied to Tottenham's written offer by suggesting face-to-face talks, but are yet to hear back.

Another unnamed Premier League club have registered interest in signing M'Vila, although it is not Arsenal.

After M'Vila rejected moves to Zenit St Petersburg and Shakhtar Donetsk, Tottenham's bid is the only one on the table at present.

M'Vila, who played for Rennes on Saturday's 3-2 victory over Bastia, hoped to travel to London early this week to discuss personal terms and undergo a medical, but the transfer has not developed as swiftly as expected.

If he does join Tottenham it could see Rafael van der Vaart leave White Hart Lane, despite the Dutchman occupying a more advanced position on the pitch.

Van der Vaart has been linked with a return to Hamburg, while fellow midfielder Luka Modric signed for Real Madrid on Monday.

Spurs are further depleted in that area by Scott Parker's Achilles injury, while Tom Huddlestone could join Stoke on loan.

M'Vila was linked with Arsenal but there has so far been no concrete interest from the Gunners this summer.

Reports in France suggest there has also been recent interest from Everton and Newcastle.

M'Vila made 61 appearances for Rennes and France last season, featuring in three of his country's four Euro 2012 matches.

"The decision belongs to Hugo, who, I think, will be approached by Tottenham very soon," Aulas said.

"It is up to him to decide if the conditions of the transfer are suitable, in terms of what he expects in fiscal and sporting terms."