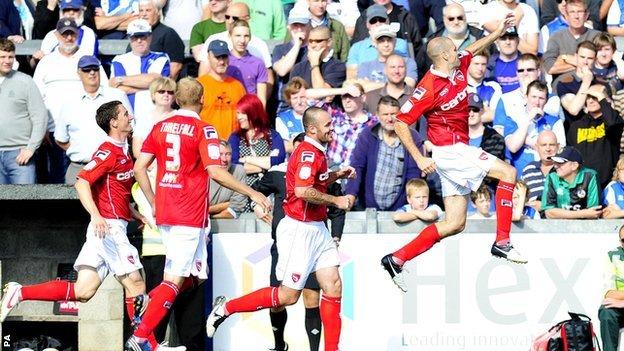 Rovers appeared in control in the first half and were left stunned when Gary McDonald cooly slotted home for the visitors shortly after the restart.

Nick Fenton doubled their lead with a volley which left goalkeeper Sam Walker stranded, and Kevin Ellison slid through a gaping defence and side-footed in from close range for 3-0.

Defender Tom Parkes went close to grabbing a consolation for the hosts.

The result means Mark McGhee's Rovers side remain without a win in the league this season.