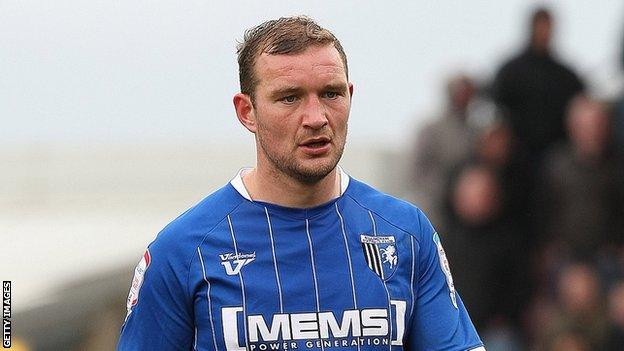 Gillingham moved to the top of the table after maintaining their unbeaten start in League Two with a point against managerless Chesterfield.

The Spireites opened the scoring early in the first half when an unmarked Craig Westcarr volleyed home Terrell Forbes's cross from close range.

Westcarr was sent off in injury time for a second bookable offence.

Chesterfield, who relieved manager John Sheridan of his duties this week, are still without a win this season.

Assistant manager Tommy Wright and goalkeeping coach Mark Crossley were in temporary charge of the Spireites.