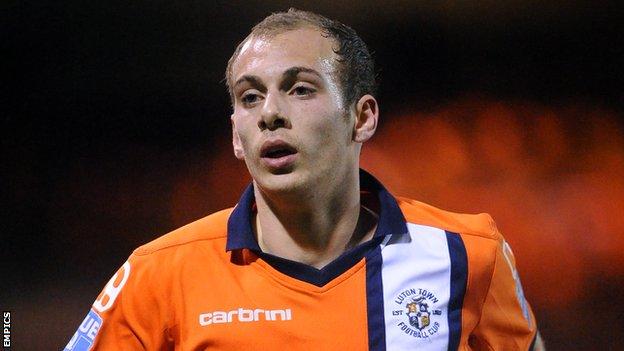 Howells gave the Hatters the perfect start when he struck from close range, before his pinpoint cross was headed home by Andre Gray to make it 2-0.

Silkmen captain Nat Brown pulled one back shortly after the break when he headed Charlie Henry's free-kick in off the underside of the bar.

But the Hatters secured victory when Scott Rendell tapped home and Stuart Fleetwood struck from a tight angle.

Macclesfield had a number of opportunities to equalise with the score at 2-1, but could not find the net as Matthew Barnes-Homer hit the crossbar and Arnaud Mendy's effort flew just wide of the post.

"We've pushed on from the disappointment (of losing 1-0 to Telford) at home to get three points at Ebbsfleet on Monday.

"Another three today is a fantastic return and a great show of character from the players.

"We made a terrific start, which is what we need to do at home, and the fans got behind us.

"We had a little bit of a wobble in the second half but the fans stuck with us and it was a very good day for us."