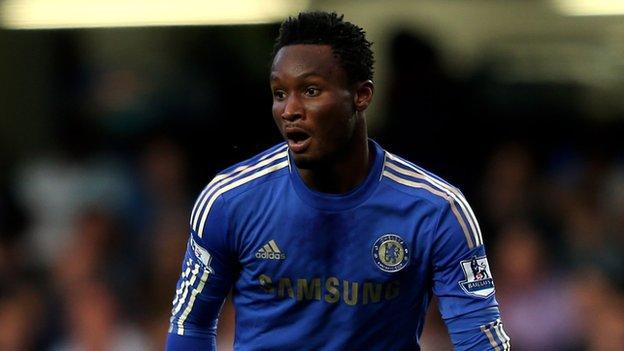 But there is a recall for Ukraine-based Brown Ideye and Emmanuel Emenike of Russia's Spartak Moscow.

Mikel, 25, has not played for Nigeria since Keshi took over last year. Another notable foreign-based absentee is defender Taye Taiwo, who plays for Dynamo Kiev in Ukraine.

But forward Ideye is making a return to the Super Eagles fold for the first time since the 2010 World Cup in South Africa.

He will join 11 locally based players that drew 0-0 with Niger in an international friendly in Niamey last week.

Keshi is confident he has given a chance to players who are regulars at their respective clubs.

"It's important to give everyone an equal chance to represent Nigeria," Keshi told BBC Sport. "We've called up players based on current form and ability to fit into our immediate plans.

"The door is not shut on anyone or group of players. Let's continue to build and put out a strong Super Eagles squad.

"Those that have been invited must show they deserve it and those not here must support them as well."