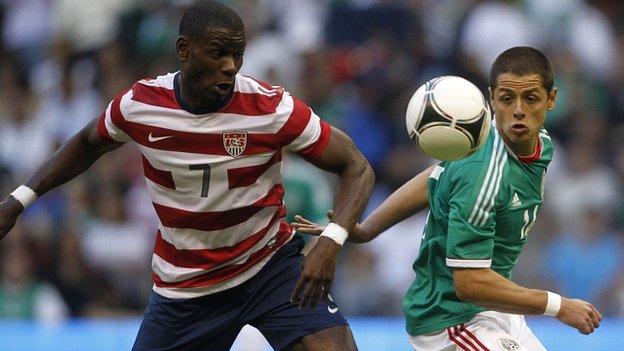 Stoke City have all but completed the signing of Maurice Edu from Rangers after the club was given permission to finalise his work permit application.

The United States midfielder, 26, has signed a three-year deal and has passed a medical but is unlikely to be available for Saturday's trip to Wigan.

Tom Huddlestone's move from Tottenham to Stoke looks unlikely after the 25-year-old failed a medical on his ankle.

The Potters are yet to hear back from Spurs after offering a structured deal.

Stoke have also put in a £5m bid for Liverpool midfielder Charlie Adam and have shown an interest in signing former Manchester United striker Michael Owen.

Potters boss Tony Pulis made it clear after the 0-0 draw with Arsenal on Sunday that the club needed to "wheel and deal" in the transfer market to strengthen his squad.

Midfielder Edu, who signed for an undisclosed fee, follows the recent signing of fellow American international Geoff Cameron, who made his debut in the goalless draw with Arsenal.