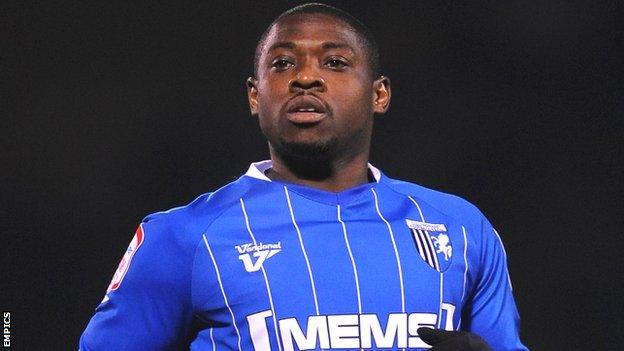 Striker Jo Kuffour has signed a two-year contract with Wycombe, days after arriving on a short-term deal.

The 30-year-old Ghanaian was a free agent after leaving Gillingham at the end of the 2011-12 season.

"I'm pleased to get it all sorted. I just want to get the shirt on now and give 100% for myself, my family and the fans," he told the club website.

After starting his career with Arsenal, Kuffour also had spells with Torquay, Brentford, Bournemouth and Bristol Rovers.

"He's a good player who is experienced at this level and the one above," said Chairboys boss Gary Waddock.

Kuffour played in the 1-0 defeat by Southend last Saturday and an hour of the development side's friendly against Tottenham earlier this week, and could be in the squad for Saturday's home game against Cheltenham.