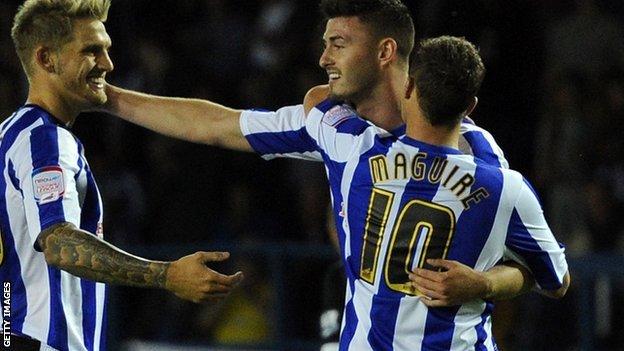 Sheffield Wednesday boss Dave Jones has praised the "professional" nature of his side's win over Fulham in the Capital One Cup.

"They're a very, very good side and we use them as one of our models," he told BBC Radio Sheffield.

"Credit to all the staff and players because it was a professional and well-drilled performance."

He added: "It was maybe even a little boring at times because we let them have the ball but we set traps for them and it worked.

"I though we created the better chances and everything we've put in at training has come off."

The Owls boss also confirmed that Portuguese midfielder Diogo Amado, 22, has left the club without playing a game.

He joined the club on a free transfer in July but failed to settle in England and has returned to his native country with Estoril.

"Diogo got homesick and it was very difficult for him so it made sense to let him go," Jones continued.

"If we'd paid money for him it would have been a different situation but there's no point keeping a player here who isn't happy."