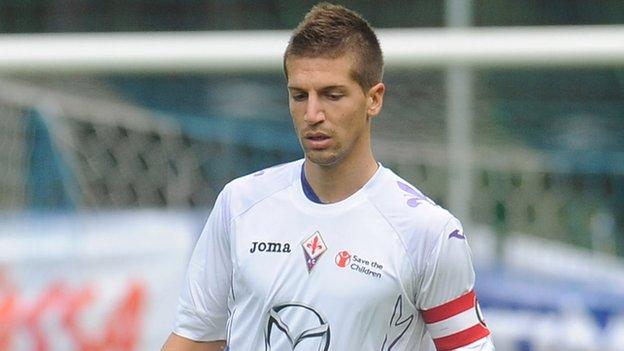 Manchester City are close to signing Serbia defender Matija Nastasic from Fiorentina for about £12m.

The 19-year-old has been a long-time target of City manager Roberto Mancini.

Defender Stefan Savic is expected to move in the opposite direction as Mancini looks to add reinforcements to his Premier League-winning squad.

Santa Cruz has barely figured since being signed by Mark Hughes from Blackburn Rovers for £18m in 2009.