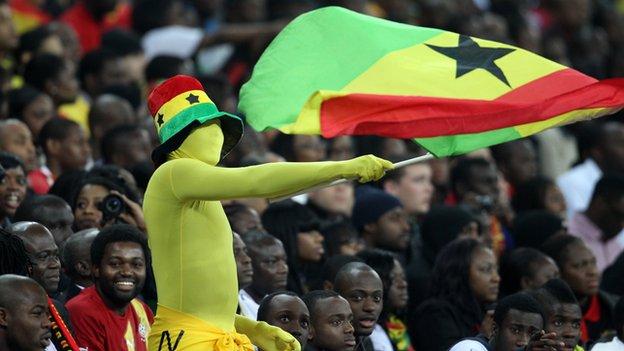 Italy-based midfielder Isaac Coffie has been handed his debut call-up to the Ghana squad for next month's matches against Malawi and Liberia.

The Chievo enforcer is among the 24 players invited by coach Kwesi Appiah for the two matches.

Berekum Chelsea midfielder Solomon Asante, who was left out of June's World Cup qualifier against Lesotho, returns after fears over his nationality were allayed.

"We sought clarification from the Burkina FA and they have confirmed that he only played for them in friendlies," coach Appiah told the Ghanaian Football Association.

"This means he is eligible to play for Ghana as he is Ghanaian by birth.

"The way he is playing at the moment, he deserves to be in the team."

"Some of the [home-based] players are doing well and it is important to encourage them and push them to play for the national team", said Appiah.

Several players, including Andre Ayew and Emmanuel Agyemang- Badu who missed this month's friendly against China, return to the squad.

The Black Stars will host Malawi in Accra on 8 September in the first leg of the final qualifier for the 2013 Africa Cup of Nations in South Africa.

"Malawi are a very strong team, I've watched about two or three of their games and they are doing very well," said Appiah.

"We have let our players know that Malawi are not an easy team and we have to make sure we get a win at home to make things easier for us in the return leg."

They will travel to Monrovia three days later to play Liberia in a friendly.