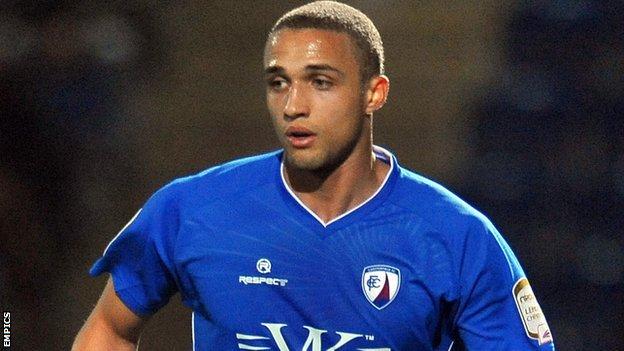 Aston Villa have signed Chesterfield striker Jordan Bowery for a fee of about £500,000.

The 21-year-old, who agreed a three-year deal, scored 10 goals in 83 league appearances for the Spireites after making his debut at the age of 17.

He is the second player to sign for Villa this week following the arrival of Middlesbrough full-back Joe Bennett.

"He's a good player. The hunger will be there for him, he could surprise a few people," Villa boss Paul Lambert said

Villa, who have lost both their Premier League games this season to sit bottom of the table, claimed their first win of the season with a 3-0 victory over Tranmere in the Capital One Cup on Tuesday.