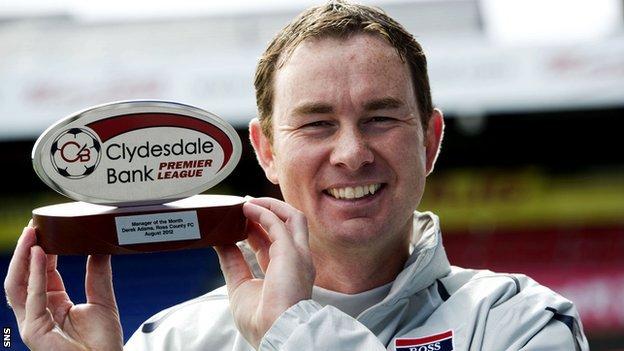 The Dingwall side, who are playing their first season in Scotland's top flight, were unbeaten during the opening month of the campaign.

They opened with 0-0 draws with Motherwell and Aberdeen before being denied victory by a late Celtic goal in a 1-1 draw at Victoria Park.

Their first win of the season came at Dundee on Saturday.